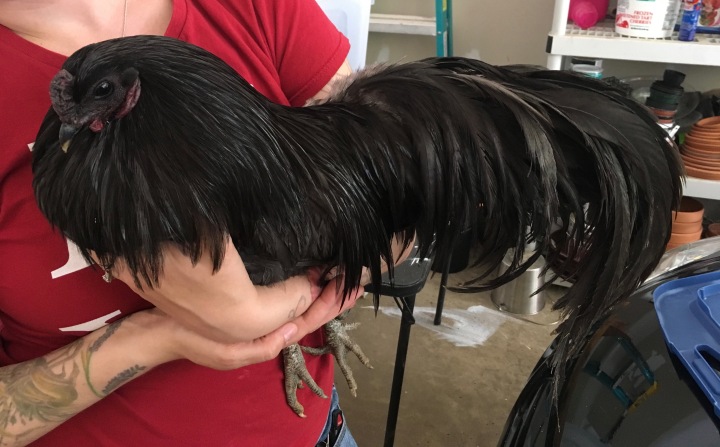 A brief history lesson: Back in the early 1780s several residents of Warren New Hampshire learned that their property was actually located in Wentworth New Hampshire. One such person was Simeon Smith. He was the local historian and patriot, and by many accounts a pretty good guy. But, there was also gossip about good old Simeon. Some people believed that Simeon was a wizard and a necromancer. According to George Plummer’s History of Wentworth (1930) Simeon would occasionally turn his neighbors into horses and ride them all over the country side. He could become as small as a gnat or larger than a giant and was sometimes seen at twilight, stalking through the forest…

Simeon sounds like our kind of guy and as luck would have it, (from what we can tell from maps), his property was just kiddie-corner to our property. So it made perfect sense to name our new Blue Sumatra rooster Simeon Smith. 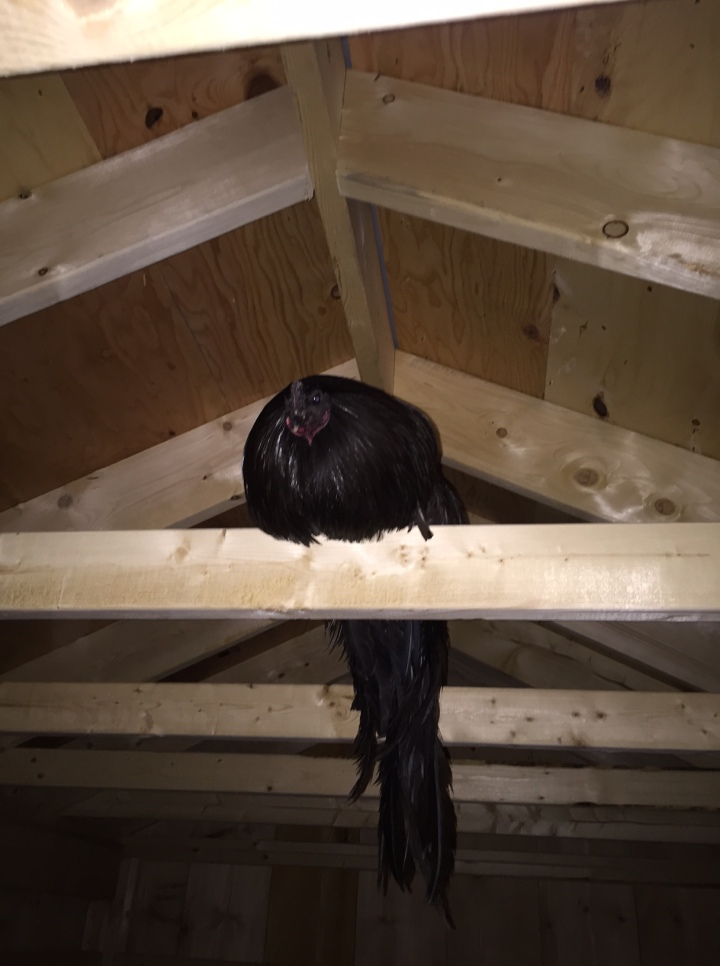 He’s already lived up to his name. Just before the 4th of July we had a witch egg in the nesting box: 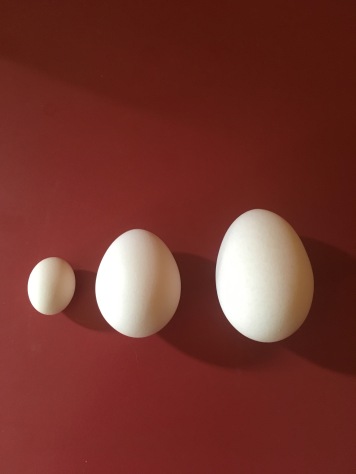 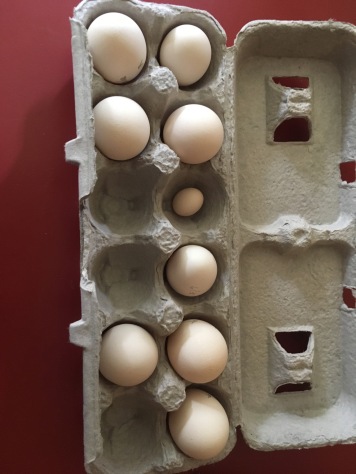 For those who aren’t familiar with the term, witch eggs (or cock or fairy eggs) were believed to have magical powers and would bring bad luck if brought into the house (oops). If one was incubated by a witch, toad, or serpent, a cockatrice or a basilisk (a winged monster with a serpent’s body and a rooster’s head) would hatch out.

So far our witch egg is sitting docile on the kitchen counter. However, since necromancers are tricky bastards, we’re keeping it far away from the incubator.